Voting in the age of the coronavirus is proving to be a significant issue. 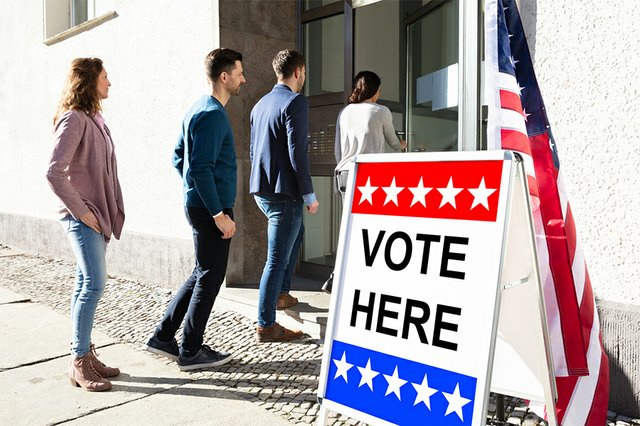 Voting from home has proven to have many faults. Security has been talked about a lot, with many people worrying. “How secure can it be? I feel like it does nothing to prevent fraud or anything like that,” senior Karl Schultz said.

Every four years in the United States, the people get to cast their vote for their next national leader who will take them through the good, the bad, and the ugly of our nation. In the standard voting process, people will go to vote for the candidate that they want, and if the candidate gets at least 270 of the 538 electoral votes, they will become the next President of the United States. Seniors are in a very lucky position; they’re coming into adulthood and being able to legally vote just in time for the 2020 election. However, 2020 has been anything but a standard year. With dozens upon dozens of strange events piled on top of an international pandemic, this year has been hectic to say the least. And, seeing as how 2020 is an election year, it is going to be quite a different voting process.

Though most seniors will be eligible to vote by November 3, they may not actually be able to. Because of fears of spreading COVID-19 through voting booths, several states are preparing for a second wave of the virus, with at least a dozen states postponing their primaries. Maryland is included in this list, having moved our primary from April 28 to June 2, in hopes of better conditions later on down the road.

“I’ve always been really politically active, and it being my first year to be able to vote and all, I’d really like to have my voice heard,” senior Karl Schultz said. Many seniors feel the same way. The opportunity to let their voices be heard is being ripped away, much like most other things during this pandemic. “I mean… yeah, it’s sad. My first year being qualified to vote, but not really being able to? It sucks,” senior Emily Allgair said. Most seniors are now eighteen, and with this comes a lot of new responsibility. Not being able to take advantage of some of these responsibilities can be very disheartening. Especially as the ability to vote is seen as a milestone for many young adults coming into the world.

18 states in total have changed their plans to vote so far. From moving their vote dates further back in the year to moving entirely to mail based voting, these states are taking extra precautions to prevent the spread of COVID-19.