Students amongst all Anne Arundel County schools rallied at Earleigh Heights Fire Station standing by the slogan, “Let Us Play,” the day before the Board of Education votes on whether to resume competitions this school year. 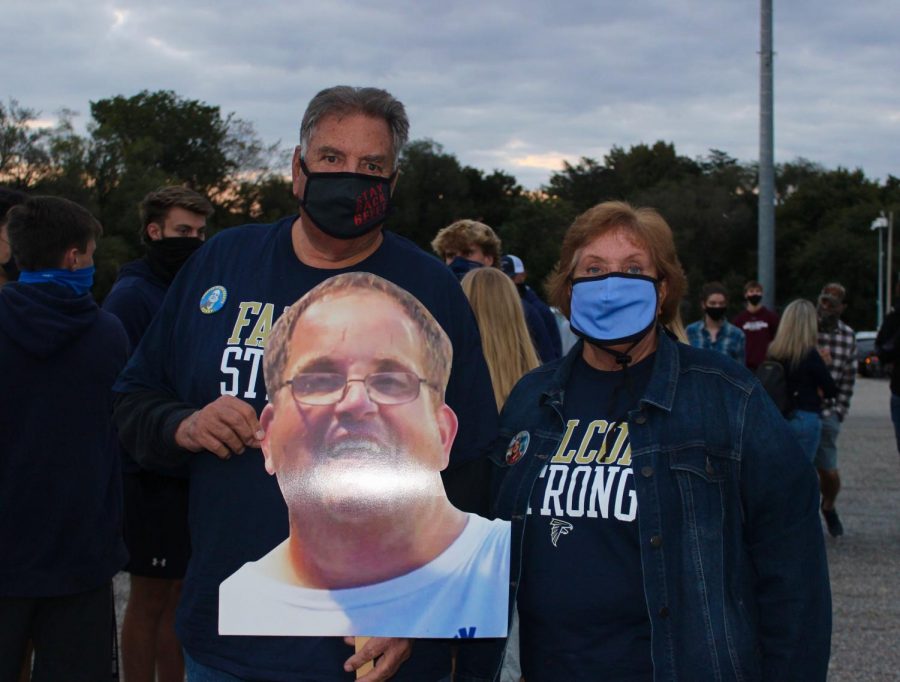 Barbara and Chip Elgert, parents of the late Severna Park Superfan Kenny Elgert, stand together sharing what they believe shall be done letting the kids play. Kenny passed away early this past year and has left a mark on Severna Park Athletics. “I feel that with sports coming back, it will see as a sign of victory that we can still live a somewhat normal life during the pandemic,” junior Aidan Milewski said.

Students from all over the county on a normal fall night, gathered together to rally outside Earleigh Heights Fire Station on Oct. 5. The goal of that rally was having high school students begin playing sports, even with school shutdowns. The rally was led by former Maryland Governor Bob Ehrlich, who’s son Josh Ehrlich attends Broadneck High School. He was very straight forward in his speech, claiming that kids in Anne Arundel County should continue to play, despite shutdown circumstances because these experiences playing high school sports will be remembered by students throughout their life.

The county met a day after this rally to officially vote on a plan for when high school sports would return. The vote was unanimous, deciding that fall practices would begin as early as Oct. 19.  All games would follow the plan stating that winter games would begin Feb 1. followed by fall sports and finally spring sports. Each season will last five weeks, with spring sport games ending Jun. 19. “I have high hopes for the Falcons in that a winning season is upon us and we will feel more urgent than ever under coach Wright to be successful,” senior Chris Brown said.

Outside the Fire Station in Severna Park, high school students put aside their rivalries and teamed up to demand the ability to play sports beginning this fall.

“Just getting back on the field with my teammates and doing what we love and care for, there’s nothing better,” Milewski said.

“During this time, I hope to become a better person as well as a teammate. I won’t take this time for granted knowing we will be back,” Smack said.

State leaders announced fall sports practices for clubs could resume October 7 and competitions could return Oct. 27. From that, club sports have resumed activities and most feel that high school sports should resume as well. “When high school sports return, the community will rejoice and be excited and more vibrant than ever before,” Brown said.

Severna Park Athletes including junior Trey Smack, senior Chris Brown, junior Aiden Milewksi and countless others all gathered at this event not only to help bring sports back, but to bring a sense of unity amongst all Anne Arundel County athletes in such uncertain times.

“Just going out there on the field, court or whatever it may be and giving it our all, is something later we were glad we didn’t take for granted,” Milewski said