The Severna Park community came together to create a tribute to four fallen soldiers who grew up in Severna Park and died fighting for our country in Operation Iraqi Freedom and Operation Enduring Freedom. 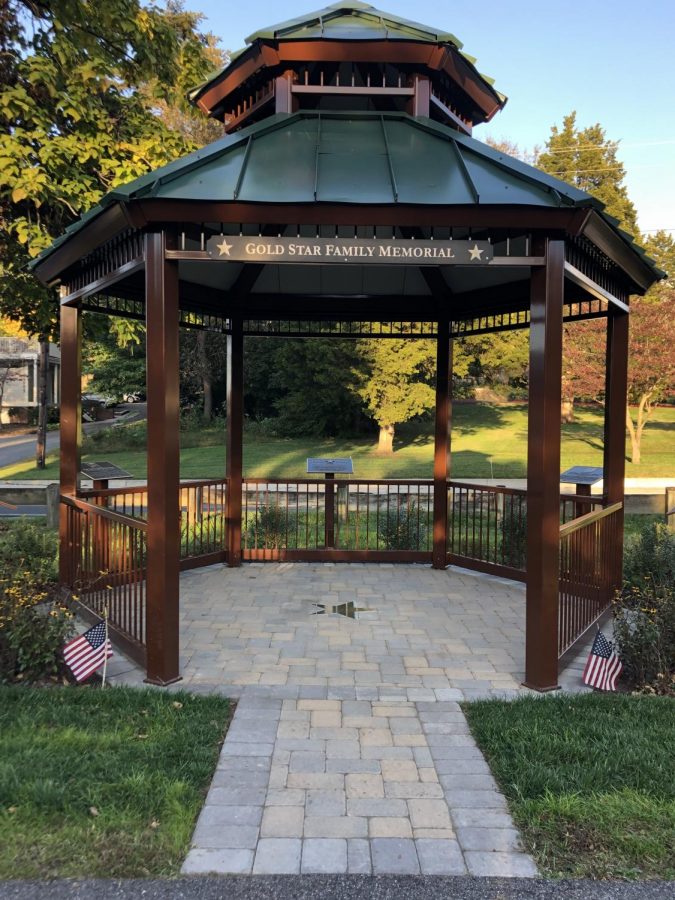 Opening on September 11, 2020, the Gold Star Family Memorial final product has fulfilled the initial vision beyond imagination by honoring the men who lost their lives while fighting for our freedom. The entire memorial was built and created through the love and support of the Severna Park community and volunteers putting in their time and helping hands to bring this structure to life. “The community came together and supported this project beyond our wildest dreams,” Chisholm said. “Contributions were coming in at an amazing rate and volunteers were helping in so many ways.”

The beautiful fall weather has allowed more residents of Severna Park to enjoy some exercise on the B&A Trail. On the trail between Evergreen Road and Riggs Road, a handmade, newly constructed memorial stands tall. During a sunny day, one might stop in for a rest or out of curiosity, yet what they may receive when they enter the structure is an experience so profound and emotional that they find themself reflecting there, possibly coming back weekly.

On July 4, 2018, during the Severna Park Veterans Day Parade, three men, Tom Lindsay, Bill Wild and Kevin Kavanagh reached out to a close friend and future sponsor of the project, Tom Chisholm, to help out with creating and designing the gazebo, along with collecting donations.

“We participated in the parade with Tom Lindsay’s army jeep,” Chisholm said. “We actually received donations during the parade which officially kicked off the project for us.”

From there, these men received immense aid and support from the community, including that from Jeff Bauman, Mike Musak of Cattail Construction, Ron Rice, Angle Zorn who coordinated all of their activities and the American Legion Post 175 Manhattan Beach. Throughout the entire project the Severna Park community contributed to the efforts of the structure, especially during two special events; a fundraising event on Nov. 11, 2019, and the dedication and grand opening on Sept. 11, 2020.

“With the help of so many contributors we were able to order the building materials and start the production, while we continued with the stone paver base and foundation,” Chisholm said. While Covid stalled the production for a few months, “We finally received word that the production line was open and we would receive the building in September. We were so grateful for the volunteers that asked to help construct the structure.”

As you enter the memorial, the words “Gold Star Family Memorial” catch your eye. Interest overcomes you and you walk in to find four individual stands honoring men who died fighting for our country and our freedom. These men are Nathaniel Henry McDavitt, William Taylor Wild IV, Eric William Herzberg, and Eric Matthew Kavanagh who were members of the United States Marine Corps., Army and Air Force. The part that hits close to home is that these men grew up in Severna Park, all attended and played sports together for the Falcons, and ultimately died for the same cause. In order to honor the men properly, the families of the four soldiers had a strong vision of what they dreamt the memorial would look like.

“Lindsay, Kavanagh and Wild had a vision of creating a living memorial to four fallen soldiers who all went to school together,” Chisholm said.

The fulfillment of this vision has gone beyond what any of these men could have ever imagined. The impact it has on the community when they walk by, drive by, or step into it is incredibly heartfelt and emotional, leaving many people finding themselves reading the bios of the boys or reflecting upon themselves.

“I have spoken to several who tell me they get a calming feeling just standing inside the monument and reading about each soldier,” Chisholm said.

*Also contributing to this article are Kevin Kavanagh and Tom Lindsay.