Safe, warm, and having fun 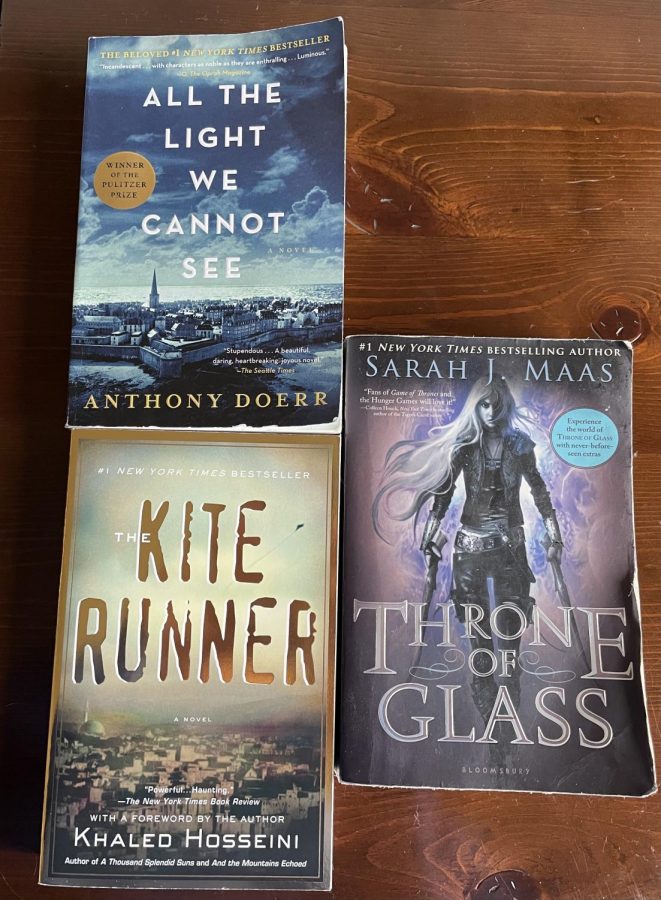 For the past couple of months my parents have had me on their own lockdown. Since the end of November, I have only seen two or three people outside of my family, in an indoor setting. If I wanted to see other people, it would have to be cast in an outdoor setting, which in all honesty is cold considering its January. However, through the struggles of being anti-social I have found some binge-worthy shows, page-turning books, and delicious foods to accompany them.
Netflix
“The Queen’s Gambit”: New to Netflix in October of 2020, the historical drama follows the life of orphan Beth Harmon. Growing up in a home for orphans Beth begins her life as a chess prodigy in the Cold War era. After Beth is adopted, she begins to participate in male-dominated competitions, earning money to support her and her mother. A truly binge-worthy show, “The Queen’s Gambit” highlights the importance of long-lasting friendships, broadcasts addictions struggle and shows the intricacies in the mind of a chess expert.

“Bridgerton”: Based on the Bridgerton Novels written by Julia Quinn in the early 2000s, the new Netflix romance “Bridgerton” was released Christmas day. Now 2021, the show is exploding among historical romance lovers. Cast in the Regency Era of England (1811-1820), the show focuses on two high class families trying to wed their daughters. All the while, an anonymous writer who goes by the alias Lady Whistleton gossips about the families. Think of “Bridgerton” as an early 19th century “Gossip Girl”.

“Chilling Adventures of Sabrina”: Based off the 1960s comics “Sabrina the Teenage Witch,” is a television show that has now been redone at least three times. The latest version created by Netflix is live-action and a darker version than the original cartoons. While the series has been on Netflix since 2018, the last season was released on New Year’s Eve. The story follows Sabrina Spellman and her talking black cat Salem, in the fictional town known as Greendale. Half-mortal and half-witch Sabrina has many adventures with several friends while she understands the true meaning of her powers.

“Cobra Kai”: Also released in 2018, “Cobra Kai’s” third season was released on Netflix Jan. 8. Based on “The Karate Kid” the show follows Johnny Lawrence and his life thirty years after his loss against Daniel LaRusso at their karate tournament. Re-opening the Cobra Kai dojo Johnny seeks to turn his life around and begin teaches his karate tactics once again. With short episodes and stars from the childhood of many parents from Generation X, this show is sure to attract many 70s and 80s babies.
Books
“All the Light We Cannot See”: This novel, takes place during World War II and tells the tale of two children. Marie-Laure is blind and originally lives in Paris with her father. Werner Pfenning is recruited to become a German engineer in an elite Nazi school for boys. Their lives cross paths during the bombing of Saint-Malo, and the story shows that against all odds, people want to remain kind with one another.

“The Kite Runner”: For anyone who enjoyed reading “A Thousand Splendid Suns” their junior year of high school, “The Kite Runner” is considered its brother book. The story unravels the highs and lows of the friendship between a wealthy boy and the son of his father’s servants. Placed in Kabul, Afghanistan, a country in strife, the novel shares the lessons of friendships, fathers, and reading.

“Throne of Glass”: A more lighthearted read than the previous two, “Throne of Glass” is a Young Adult, Fantasy about an assassin named Celaena Sardothien. Caught by the current tyrannic government she was forced into slavery. A year later, Prince Dorian gives her an offer: fight in a tournament against other thieves, murders, and criminals, or die in the slave mines. Like “The Hunger Games,” “Game of Thrones,” and “Lord of the Rings” this story is a page-turner for fantasy lovers.
A Snack
A Killer Quesadilla: recipe from cookingwithayeh.com
Fillings and Ingredients:

Scramble your egg.
Use a knife to make a cut in your tortilla/wrap. The cut should be halfway down your wrap, separating your wrap into quarters.
Add filling into each quarter of the tortilla.
Starting with your first filling, fold the tortilla into little pockets (fold up, across, down, and across again).
Use a toaster oven or panini grill to cook your meal.
Enjoy!