Parijita Bastola, the lead singer of the band Soul

Bastola’s love for music led her to joining a band full of other talented musicians, a place where she thrives and can perform. 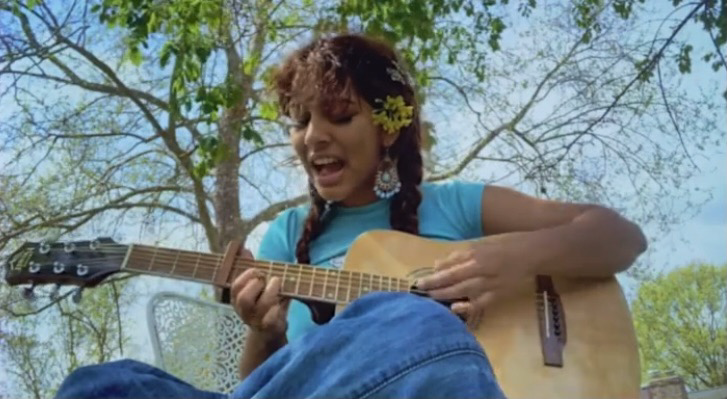 Bastola not only showcases her talent through performing in public with the band but also by posting on social media. She occasionally posts singing videos on instagram with her personal account and singing account. These videos receive over a thousand views and many comments praising her voice.

It’s not a cliche that all great stars were born playing in a band in their parents basement. That’s exactly where Parijita Bastola found herself when she was introduced to her first ever band.

Bastola had been surrounded by a musical environment from a very young age. Being a part of a large family with many musician friends, singing came naturally to her. So it was no surprise when Bastola was up and singing with the group at nearly age four. Not only did she love it, but she was talented and it didn’t go unnoticed.

“They encouraged me and my parents realized that I liked singing,” Bastola said. “I was always performing at nepalese events from a young age and that heavily influenced my experiences with my band now.”

The diversity of music is what really drew her in. There are many different types of music, each one fixed with its own individual feeling that you experience each time you hear it. Bastola said she loves hearing that one song and putting it on repeat non stop because you just want to feel that feeling it creates over and over again.

“Music can also help you understand an emotion you haven’t felt before or better help you express the emotion you’re feeling. No need for therapy,” Bastola said.

Bastola was always very involved in the middle school productions, and she’s known for her amazing voice and stage presence. However, she hadn’t experienced being a part of a band until a guitarist spotted her in a performance.

“Zane who plays the guitar saw me singing and asked if I was interested in singing in a band, and I’d never done that before but I loved performing so I said yes” Bastola said.

Lead singing is Bastola’s specialty and she has taken her talents to two bands over the years.The chemistry you see between the members on stage is something that is developed over time as they learn each other’s style and skills.

“We started in a basement very awkwardly getting to know each other and seeing where we were going with it,” Bastola said.

She can’t do her performing without the help of other talented members, Jesse Kegle, guitar, Jack Slote, bass, Bennett Terhune, guitar and Dylan Hood on the drums. Her current band “Soul” has been together for one year now. They started out as a soul and blues band, hence the name. However, they are a versatile group that also dabbles with rnb, funk, and new music covers. The group continues to practice every Sunday even with COVID-19 taking a toll on their amount of gigs. Bastola thinks that with the warm weather they’ll be back to performing outside most weekends.

“Last year we played at my mom’s cafe, Cafe Bira, every other weekend and had good food and all our friends. It was so much fun” Bastola said.

Getting a chance to perform is a big reward after all of the hard work that goes into the band. Seeing Bastola on stage she looks like she is at home, so comfortable and always enjoying herself. You definitely need the bold personality she has to get up in front of people and belt your heart out.

“I love the feeling of being on stage and doing what I love and have people who appreciate what I do listen to me,” Bastola Said. “It’s a really great feeling.”