The Last of Us Part II: Is It Worth It?

An inside look at “The Last of Us Part II” to determine if it is really worth the money. SPOILER ALERT: do not continue if you plan on but haven’t yet played “The Last of Us” 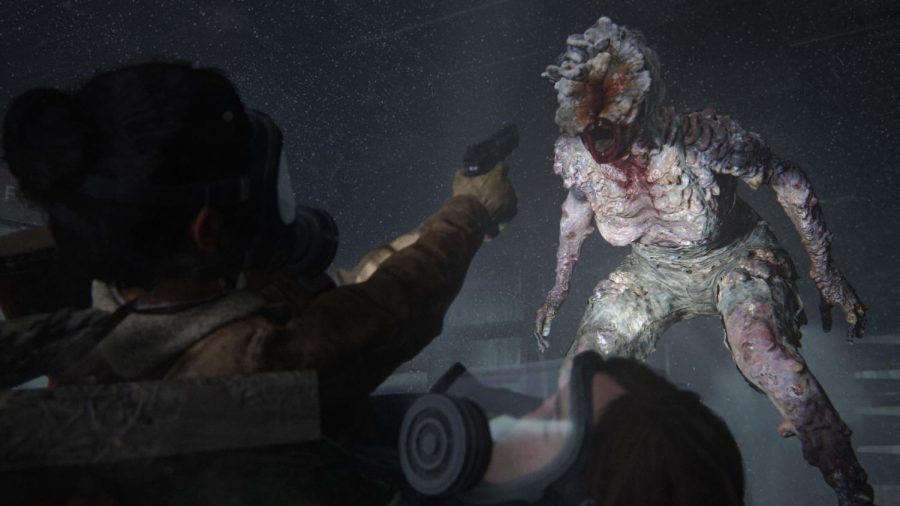 One of the few classes of infected depicted in “The Last of Us Part II,” a clicker is an individual who has been infected for at least one year. Clickers are blind due to the fungus sprouting from their head so they rely on their hearing, similar to bats.

Naughty Dog’s “The Last of Us Part II” continues the story of Joel and Ellie in their harrowing travels through a post-apocalyptic world ravaged by human and infected enemies. The game, rated Mature for adult content and gore, offers different difficulty levels ranging from “very light” (easiest) to “grounded” (hardest) and takes, on average, 25 hours to play through. The game developers draw the player in through incredibly realistic visuals, immersive audio, and engaging soundtrack, an intense storyline, and deep character development making it possible to put yourself into the place of the main character.

The game’s release during a pandemic, with the game itself navigating a pandemic, presents the player with a unique perspective into the hardships the characters face. The game’s pandemic is caused by a fungal mutation made transmittable between species. The cordyceps fungus is a real-world parasitic fungus that affects insects; it controls the insect’s host body and, once finished, uses the body to produce and release spores. The specific cordyceps you see in the game is the Ophiocordyceps unilateralis and is best known for its ability to place ants into a zombie-like state. Neil Druckmann, the writer and creative director for “The Last of Us” and “The Last of Us Part II,” turned the idea of a rugged man protecting a young girl during a zombie apocalypse into a smuggler, who once was a father, tasked with taking a teenage girl to a survivor camp across the country in the midst of a cordyceps pandemic.

There are five types of infected with each type classified into a stage that is determined by the amount of time the host has been infected. The newly infected are “Runners,” individuals that have been infected within the past few days; this stage is the easiest to kill and most resembles a non-infected person. The stage that follows are “Stalkers,” this class is the most predatory and typically have been infected between two weeks to a year. They still have the intellectual capacity to know how to effectively stalk and hide from their prey until they are ready to attack. “Clickers,” are the next class of infected, these individuals have been infected for at least a year and are completely blind. They have adapted to rely on their hearing using something similar to echolocation to find their prey. These three stages are the most frequently seen in the world of “The Last of Us” . After these stages those who are infected effectively turn into tanks and progressively get worse for the player as they encounter them.

“The Last of Us Part II” has been said to have set a new bar for game development and have been given praise for its visual quality and attention to detail seen during gameplay; details such as the individual threads in clothing, the deterioration of the structures throughout time, the individual pieces of fungus on those who are infected, the weather patterns in the different areas you explore, and so forth. Not only are those graphics superb, the narrative and character development are striking as well; as the game progresses you’ll learn about past experiences between characters that reveal their motives for action they’ve committed and shine a new light on how one views them.

“The Last of Us Part II” has won numerous awards including Game of the Year, Best Game Direction, Best Narrative, Best Audio Design, Best Performance, won by Laura Bailey in her role as Abby, Innovation in Accessibility and Best Action/Adventure Game. The Best Game Direction award is given to those who demonstrate outstanding creative vision and innovation in game direction and design.

Despite the multiple controversial aspects of the game surrounding realistic depictions of excessive violence, first exposed in gameplay trailers, specific character actions, and their driving motivations, caused the game to be disliked by many fans of the first game. However, the emotional ride experienced and empathy of characters cause this game to be loved by many more. “The Last of Us Part II” can be found anywhere video games are sold and has a retail price of $59.99.