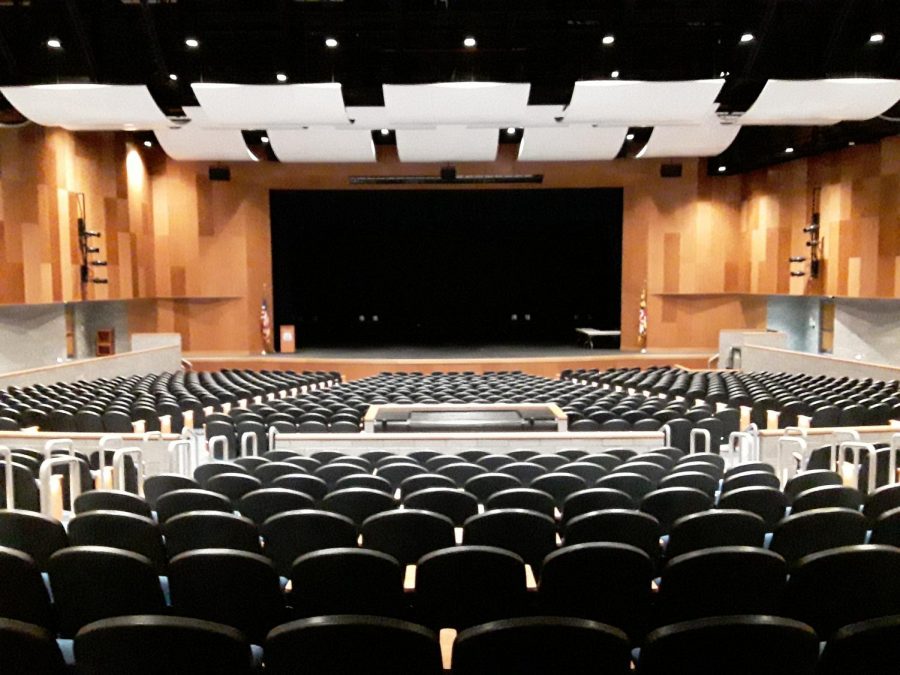 The Severna Park High School auditorium has held the school’s past musicals such as Mamma Mia and Cinderella, and Freaky Friday will set the stage on Nov. 12-14 and Nov. 19-20, 2021. “The first week of November we’re here every night pretty late, working hard,” drama department director Angela Germanos said.

With the start of the fall school year comes the start of all its activities, including SPHS’s drama department’s fall production. This year SPHS will be performing the musical Disney’s “Freaky Friday,” set to open on Nov. 12. With casting complete, the directors and students have started preparing for the musical in earnest.

“The kids are focusing hard on learning their lyrics and learning the melodies,” Germanos said, “And then they’re getting into character.”

The actors, stage crew and tech crew eventually have to come together to put on the show. First the foundation of the play must be formed. The musical numbers.

“Right now we have jumped into the music and the songs,” musical and pit director Michael Brisentine said, “We are rehearsing those [ensemble songs] really, really hard.”

A major focus of “Freaky Friday” are the musical numbers. With a song in every scene and 12 ensemble songs, the cast has lots to rehearse and prepare for in the next month. After the actors learn their pitches, notes and rhythms, the foundation of the show starts forming. They begin going onstage and performing the songs, now able to shift their focus from just the song to what is happening in the scene outside of the music.

“Being a team player is a really important trait to have,” Parijita Bastola who plays Ellie said, “Because it’s a group effort.”

In order to practice and polish the scenes, actors have to put in effort for the whole group. A scene is dependent on many people, and each has to nail it to get the scene right.

“You need to be able to be inclusive,” Giana Dicks who plays Katherine said, “It’s tough for them and it’s tough for you. And everyone needs to work together in order to make the show work.”

Students from all four grades participate in the musical. The ability to collaborate on their parts and songs helps to make the rehearsals productive. Not to mention when the orchestra and actors start practicing together after learning the music separately. It takes lots of collaboration for the musical’s opening night.

“It’s so exciting when the show opens,” Germanos said, “And when they see the audience’s reaction, it’s wonderful.”

The drama department’s hard work climaxes into their performances, ready for people to watch and enjoy on opening night.

“It is literally the best feeling in the world,” Brisentine said, “Because they have fully taken on the music.”