Netflix’s “The House” is Strangely Excellent 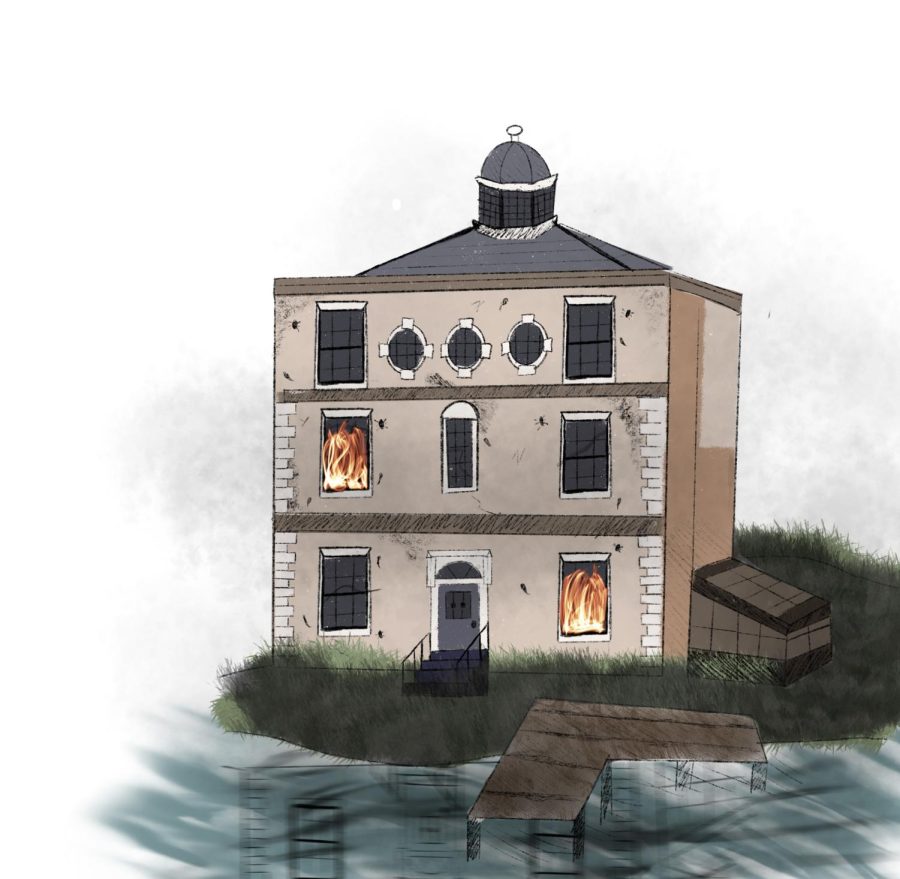 This film explores the lives of a mysterious house’s inhabitants across different time periods. Told through stop-motion animation, this film weaves together playful story-telling and tasteful life lessons. You can watch it now on Netflix.

What is your favorite stop-motion film? The light-hearted “James and the Giant Peach?” The charming “Fantastic Mr. Fox?” The childhood favorite “Coraline?” This Netflix special is a little different and a refreshing take on stop-motion animation. “The House” is an R-rated British dark comedy showcasing three stories that take place across different eras but within the same house.

Each story coincides with a line of a poem, which reveals the film’s message upon completion:

I. And heard within, a lie is spun

The first story features an impoverished family who is looked down upon by their haughty relatives. They are given the opportunity to move into a beautiful large house created by the mysterious architect Mr. Van Schoonbeek. The parents, Penelope (Claudie Blakley) and Raymond (Matthew Goode), become unusually mesmerized by the house itself. As a consequence, their daughter Mabel (Mia Goth) is left to navigate the other strange and eerie happenings that occur.

As an easily frightened person and an anti-fan of thrillers, this tale kept me ceaselessly anxious; the suspense and the gradual unraveling of Van Schoonbeek’s true intentions were precisely placed.

II. Then lost is truth that can’t be won

The main character of this tale is an anthropomorphic rat. Never named, this rat (Jarvis Cocker) struggles with his development job restoring the house as a last resort to save him from his financial problems during a recession. He deals with a bug infestation that gets worse than he can imagine.

This part of the movie was the weirdest for me to watch. I was caught completely off guard by an unexpected musical number. However, the character himself was very interesting to watch as he dealt with his crumbling circumstances.

After an apocalyptic flood, the house is now under the care of Rosa (Susan Wokoma), an anthropomorphic cat. She hopes to bring the house back to its former glory to live in it by herself using her tenants’ rent money. The problem is, only two of her tenants are left after the flood, Jen (Helena Bonham Carter) the hippie and Elias (Will Sharpe), who Rosa sees as a slacker. Neither of them pays her with actual money, so she struggles financially. With the arrival of Cosmos (Paul Kaye), Jen’s boyfriend, her remaining tenants start deciding to leave the house and Rosa is left to decide what is actually important to her.

Out of all three, this tale was my favorite. It wasn’t unsettling like the other two and had a more homey feel to it.

I couldn’t understand at first why the film is considered a “dark comedy,” due to my initial shock and confusion, but after my second watch, I found it funny in its strangeness and exaggerated characters. The animation was excellent; small details were captured perfectly, such as the animal characters’ more natural habits and the changes in expressions. The pacing was just right; each story is short enough that you won’t get bored but long enough to provide a satisfactory ending. All of the characters were vibrant with life and captivating to watch.

The combination of all three stories may feel random at first, but when you take a closer look at the poem that entwines them and the lyrics of the song that plays during the closing credits (“This House Is…” by Gustavo Santaolalla and Jarvis Cocker), they expertly communicate the message of the film. The pursuit of happiness in material wealth is not worth what one might have to sacrifice for it.