Ice Hockey in the playoffs

Ice Hockey loses in close bout now is on the break of elimination. 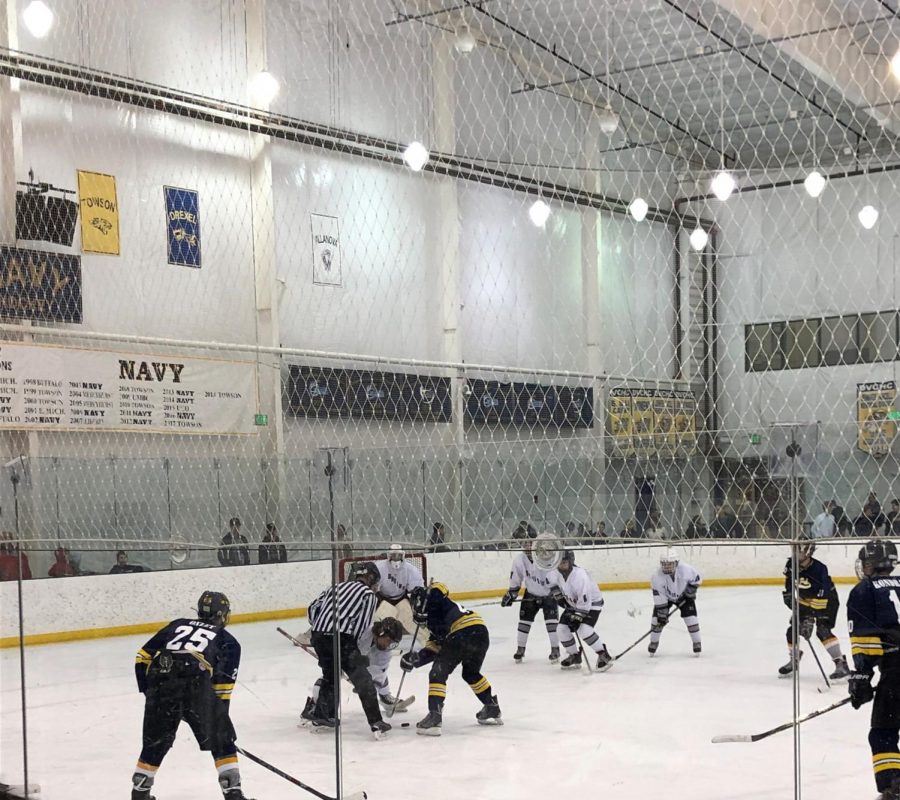 Senior Daniel Seeman takes a face off against a Broadneck player. The falcons were very efficient in creating plays off of face offs during the game.

The Severna Park Ice Hockey team on February 13, lost in the Eastern Conference Finals to Dulaney by a score of 6-3. Their next game was supposed to be against Carroll County on February 22 but the hockey team was disqualified after breaking a rule in which one player did not get enough playing time as should have. The falcons were 9-2-1 on the year.