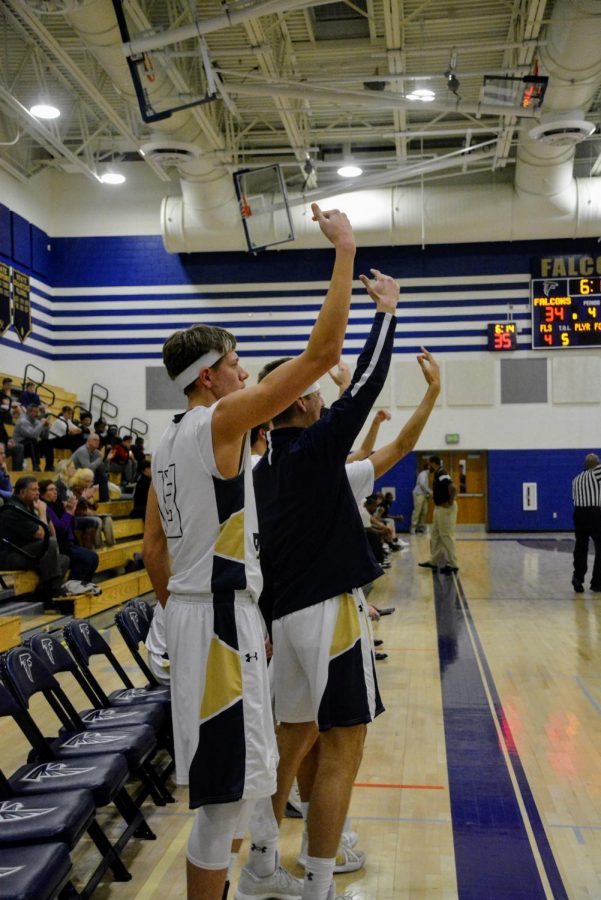 The Severna Park bench celebrating a made basket. The showing of their hand represents what hand they scored with on that play, which went on throughout the season. “Look at UConn women, look at Duke men they do the same type of thing," Head coach Paul Pellicani said.

The boys varsity basketball team defeated Arundel on March 1 by a score of 44-36. Senior Colin Wolfe hit 4 late free throws to ice the game for the Falcons after the Wildcats came surging in the second half. Severna Park’s next game will be on March 4 at 6:00 PM at the number one seed Old Mill Patriots.