Boys Lacrosse Does It Again

For the fourth year in a row, boys lacrosse wins the state title. 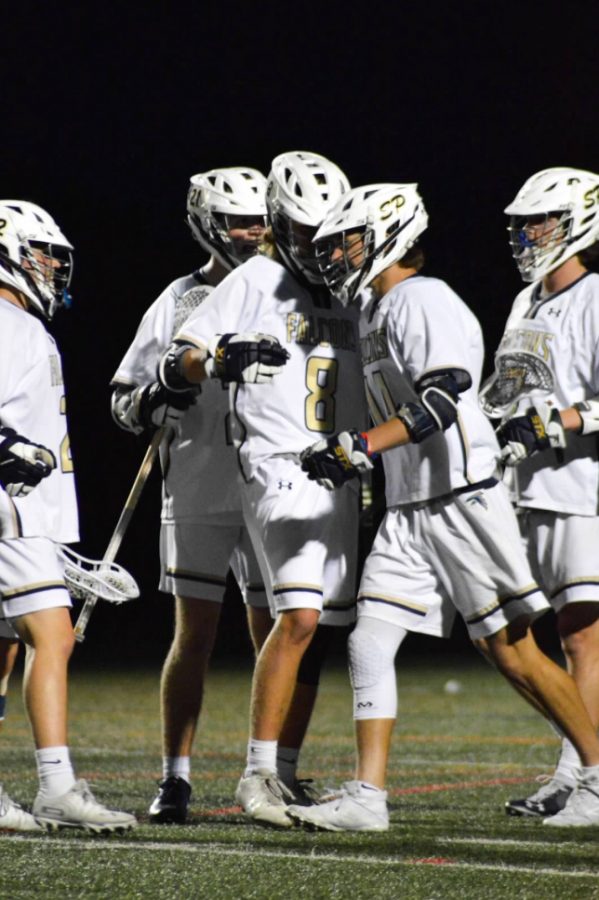 Kyle Griffith greets teammate Colin Shadowens after his goal in the first quarter. The game was played at Paint Branch High School in Burtonsville, Maryland.

Not one, not two, not three, but the fourth straight state title for boys lacrosse. They tie Hereford High School for the most state championships in the state of Maryland with nine after defeating Howard High School 9-6 at Paint Branch High School in Burtonsville, Maryland.

The Falcons won the face off battle 9-1 thanks to Colin Shadowens play all game. Also,  had four goals and Connor Panebianco had three to power the Falcons offense. Goalie Casey Fox had six saves in the game. Fox replaced captain and Michigan signee Shane Carr who tore his meniscus in April.

The Falcons look to continue their dominance in coming years hoping for number five. This is the first time that both boys and girls lacrosse teams had won the state title in the same year since 2007.